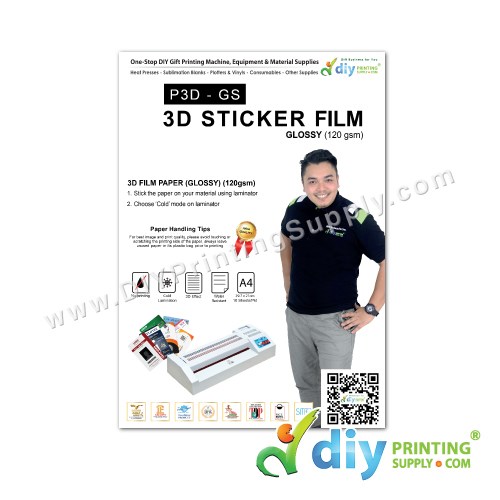 100% satisfaction, made to order, fast delivery.

Transparent multi 3D lens film with paper lamination.
3D film paper or 3D Laminating Film is use to protect the films from scraping, and watering, also use for decoration.
Face film: Calendared PVC film, Glossy or Matt Finish
Thickness: 90 micron (not including adhesive)
Adhesive: 20 micron, Solvent-based, imported from Taiwan.
Remarks: thickness of the PVC film, GSM of the release liner and cutting sizes can be made on customer's request.

Fill in the form below. We will get back to you ASAP. Thanks. 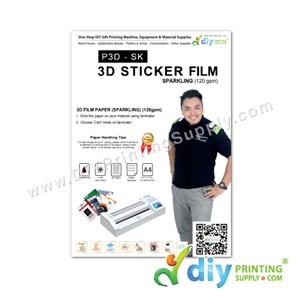 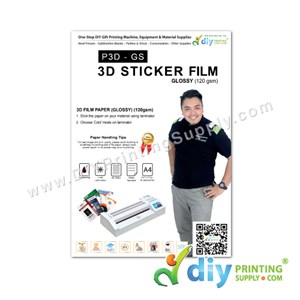 Show Exit Subscription Pop Up
LEAVING ALREADY?
Grab this FREE GUIDELINE OF DIY GIFT PRINTING BUSINESS
worth RM 288
& learn how to make money TODAY!
No, thanks.